This Real Housewife Agrees that Knowledge is Power

The world is an ever-expanding place. A new discovery is made every day. We are subjected to what some may call information overload.  Here is what we do know: 80% of babies with genetic diseases are born to parents with no known family history of that disease. We also know that education and awareness bring about powerful change. Today, we have harnessed the power of social media platforms to educate and reach those we could not before.

At JScreen, we are dedicated to helping families prevent Jewish genetic diseases. We make testing for Jewish genetic diseases simple – providing easy-to-use at-home saliva tests that give couples planning for children an unprecedented understanding of their own genetic makeup, risks relating to their children’s health, and options to help them plan ahead for healthy families. A part of this education is partnering with influencers who have a heart for this cause.

We are so happy to have partnered with Kyle Richards, mother, wife, actress, philanthropist, and cast member on Bravo TV’s hit show, The Real Housewives of Beverly Hills, to be an advocate for JScreen. Richards totes an impressive 1.14 million followers on Twitter and 1.5 million followers on Instagram. What makes her the perfect representative for a program like JScreen goes much beyond her dominance on social media. 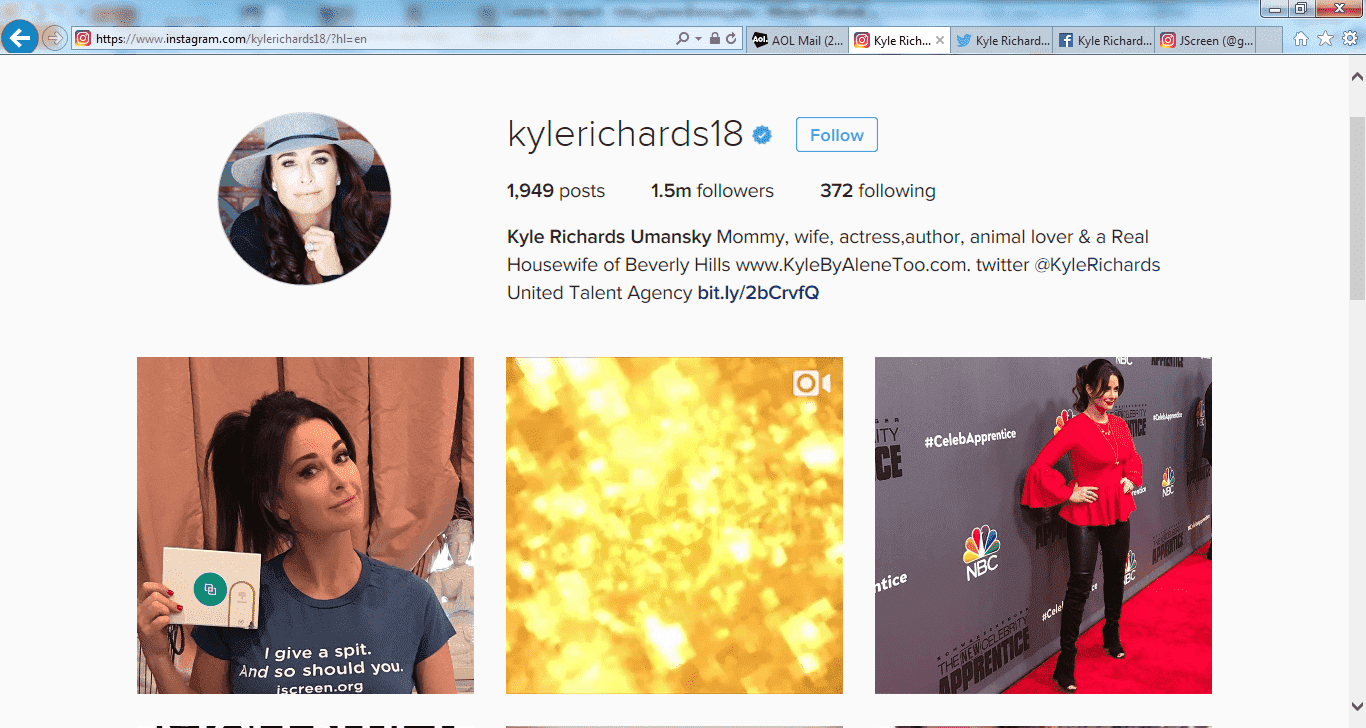 Kyle Richards has been married to Jewish real estate mogul, Mauricio Umansky, for over 20 years. While Richards grew up Catholic, she converted to Judaism before her marriage to Umansky. Richards is proud of her family’s Jewish traditions and culture, which can often be seen through footage on The Real Housewives of Beverly Hills and through her social media accounts. This brings up the common question that we hear at JScreen, “I am Jewish [by birth] but my partner is not. Should we be screened?” The answer is yes. Non-Jews can still be carriers for Jewish genetic diseases and Jews can carry genes that are common in other groups. For example, Cystic Fibrosis, a disease tested for on JScreen’s panel, has a 1 in 25 carrier frequency in Caucasians, but is equally as common in Jews. Tay-Sachs disease is  more commonly seen in those with Jewish ancestry, but also occurs in the general population. 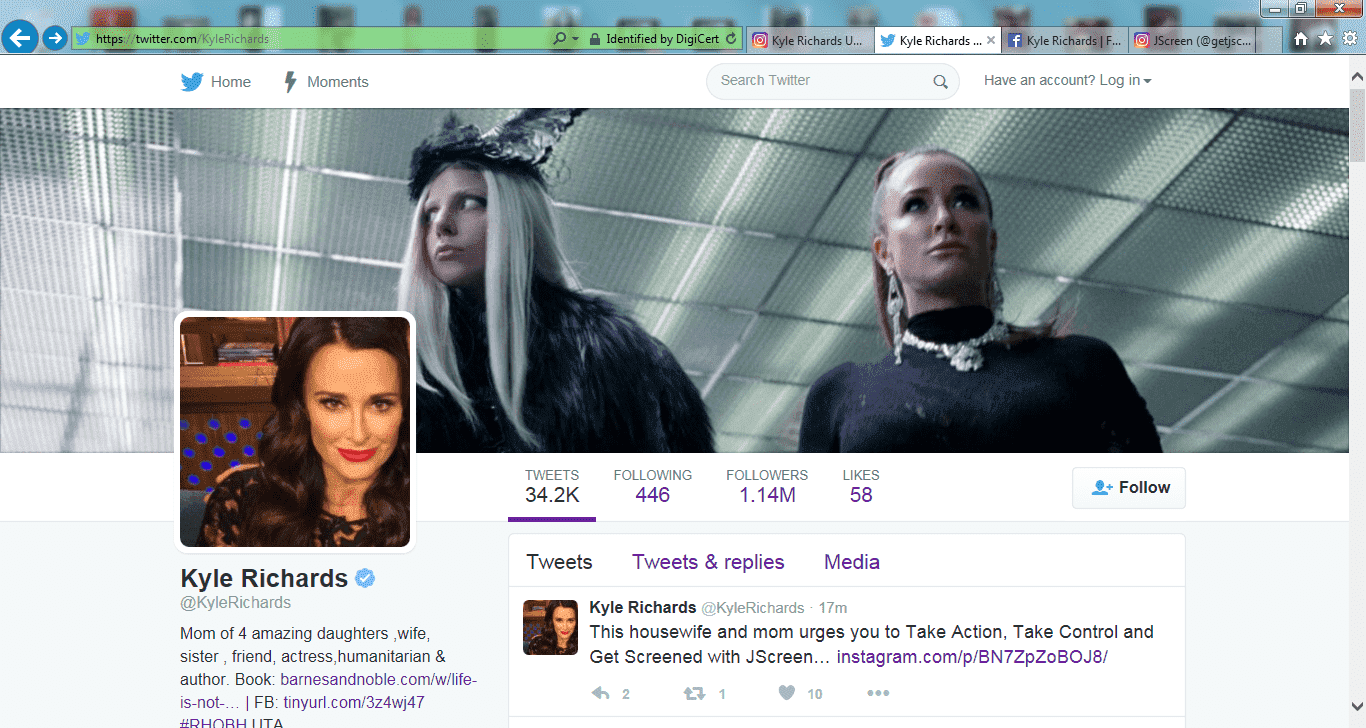 Intermarriage between Jews and non-Jews is more common than  it was in the past. Other notable interfaith marriages in the spotlight include Nicky Hilton, daughter of the Hilton Hotel empire, married James Rothschild. Ivanka Trump married Jared Kushner, who grew up in a modern orthodox home. Chelsea Clinton and Marc Mezvinksy wedded in a ceremony infused with Jewish rituals. According to Interfaith Family, 47% of Jews marrying between 1996 and 2001 married non-Jews. Before 1970, this rate was only 13%. JScreen makes planning healthy futures for children possible, regardless of their religious or ethnic backgrounds.

When asked by an Instagram fan about how JScreen relates to her, Richards very simply responded, “I have four daughters who should get screened.”  It’s wonderful that she realizes the importance of being proactive and learning about your genetic risks way before starting a family.

Everyone wants a healthy baby; planning for this should start before one decides to become pregnant. JScreen’s website has comprehensive and easy to understand tools to help you learn more about our organization and the process. At jscreen.org, you can watch interactive videos, learn about our disease testing panel, take a genetic diseases risk assessment based on ethnicity, and request your own saliva kit. Through JScreen’s social media pages, you can stay up to date on the latest events, information, and updates pertaining to our organization:

Next Article: A Rabbi’s Perspective >
< Previous Article: A New Year for Trees

Hillary is the Assistant Director of Outreach and Marketing for JScreen. She is creating awareness around the importance of genetic screening throughout the country, and has been featured in magazines, newspapers, and television for her valuable work. She is also a published author, and is very active in multiple charitable organizations, as she values community involvement. She enjoys traveling, playing tennis, and fashion.